It’s Sunday again which means its time for the weekly Art Dump.

On the blog this week we’ll be taking a look at some Isogorean concepts.

First up are some initial looks at outfits and hats. At the start I was thinking they should have lots of straight lines to reflect their ridged nature and ideology. Oh and that their hats should be tall and pope like. 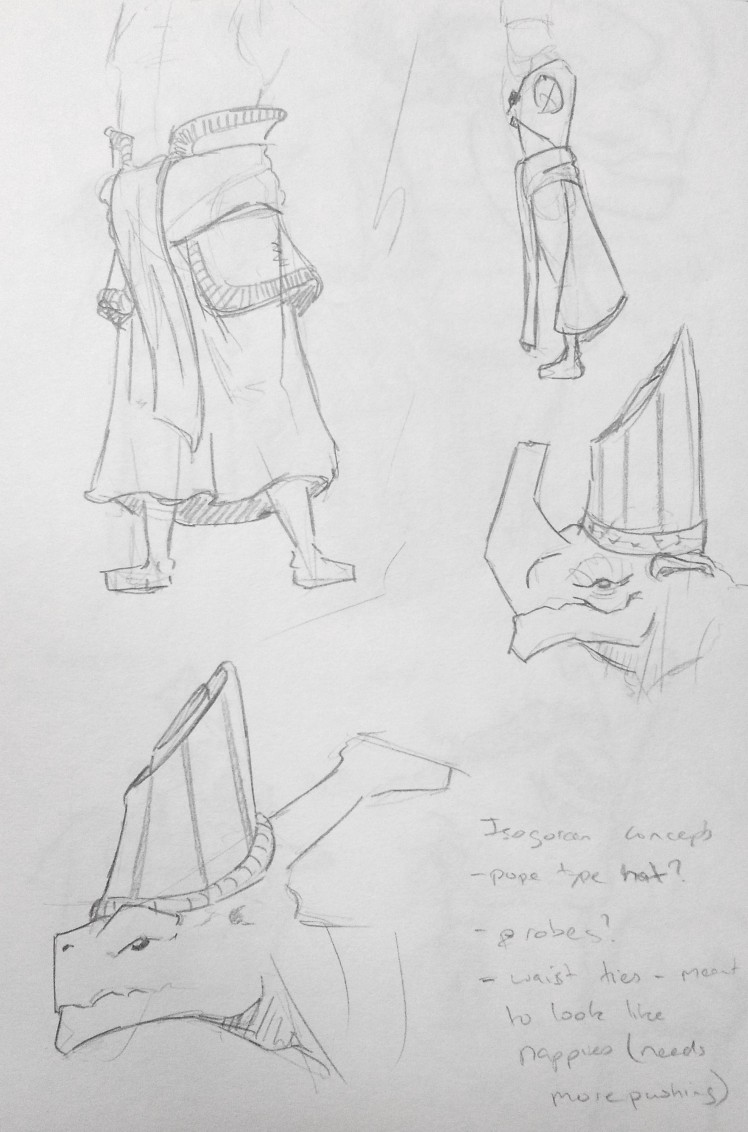 By the end of these quick sketches I had hit upon the idea of them wearing bonnets…as in baby bonnets. It sounds odd but hear me out, you see the Isogoreans worship youth and try to imitate it where ever possible. The youthfulness and purity of a baby is sacred to them…and what do babies wear? That’s right bonnets. Which brings us on to our next sketch. 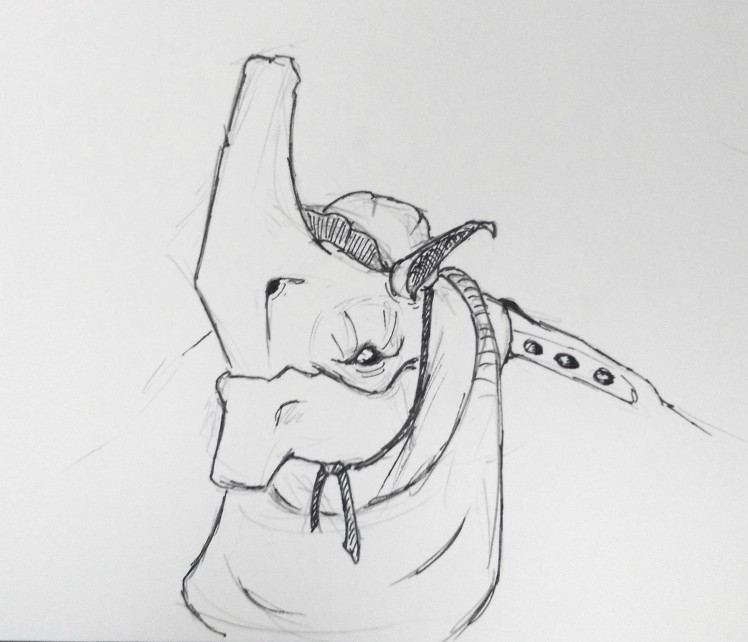 This chap here is a One Horn with a bonnet, bib and some sort of onesie with buttons on the shoulders to undo it (or at least that was the idea). This sketch is a bit meh so I had another go which came out looking pretty cool.

And here is my final concept for the week. A Sarcos Isogorean missionary. Note the bonnet and bib show up again. This time I’ve also got a nappy like loin wrap going on, along with the buttons on the clothes again (trying to make it look like a child’s onesie outfit). Oh and the giant rattle shaped mace. I think he came out quiet well 😀 though he could still use some more pushing to emphasis their desire to imitate youth. What do you lot think could help push this character to more awesome?