AAaaaand we are back! Ahoy there dear readers.

Apologies for the lack of a post last week but I was all but dead from work so it just wasn’t going to happen.

But this week, well that’s a different story. I’ve done a test print of my cheat sheet, which I quickly found lacking! I’ve painted the range rulers which you may notice below. And perhaps more interestingly I broke out the game pieces and walked myself through a playtest by myself.

It was the happy go lucky Hantu (Sarcos, Two Horn & Drazz) versus the Trickster Mimes (Ophidia, Two Horn & Peregryn). I slapped together a quick test squad, turns out the Mimery ability was pretty good, though some of the other Mime abilities were over costed. Overall it was quite a fun game, which is odd to say given I was the only one playing. In the end through now effort of my own it came down to a draw or at least some sort of tie breaker that we haven’t worked out how to resolve yet. Check out the photos below! 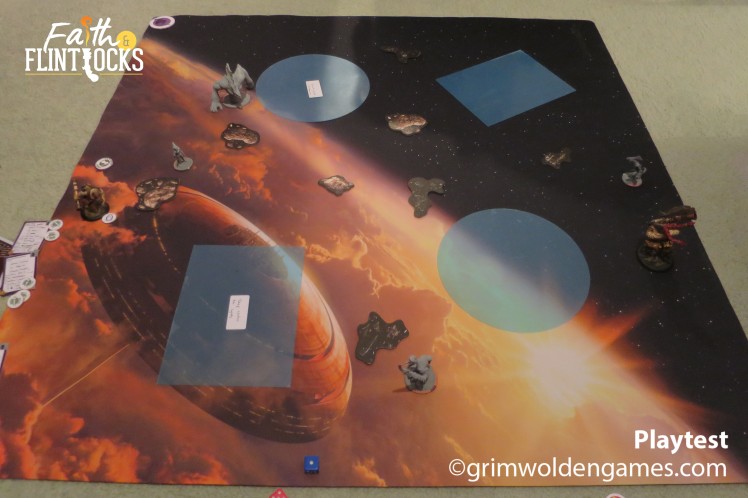 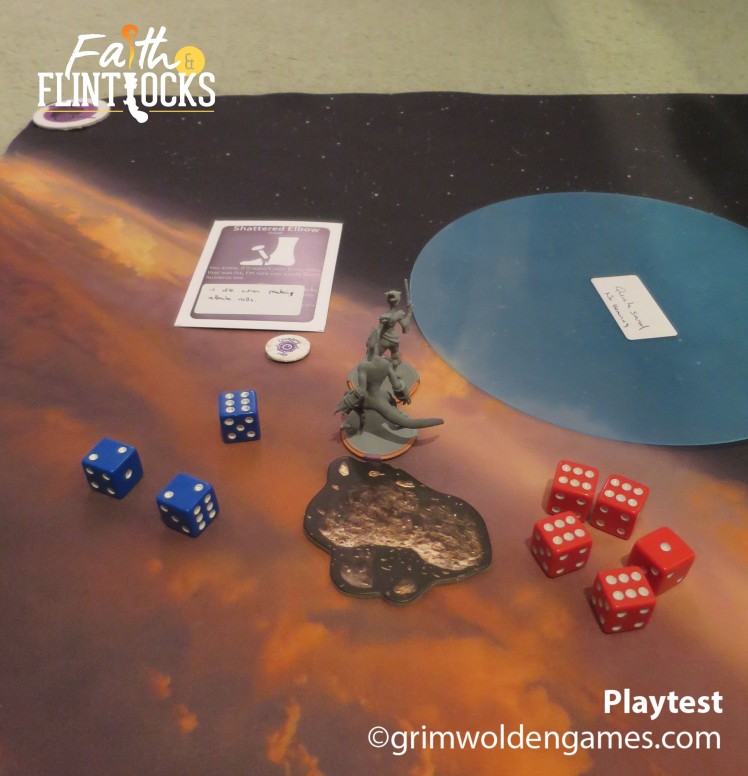