Welcome back to the weekly Art Dump.

First up this week are some weapon concepts. The first one is a refined version of the Shrubber’s musket. I cleaned up the original image and added in the 4th variation. We made the wooden parts look older, worn and weathered. We also added in more vines with more taper on the end so that it looks less like a tentacle and more like some vines wrapped around it. We decided to leave the leaves off because they may be a pain to cast for the final miniature, but also because they are a pain to draw and don’t add a lot to the weapon. But what do you guys think, should we put some leaves back on the vines?

The second weapon concept for this week is for the pistol packing Peregrine. This time we had more rough sketches before I took it in to do some clean up in photoshop. The idea is that the Peregrine is a bit fancy or posh so her pistols won’t be the same old worn or weathered gear that the others have got. Which is why we tried to add in a bit of flare to her weapons with the stylized striker, sculpted pieces and golden trim. I think its looking pretty flash so far.

Finally this week we have our old friend the Shrubber getting up to more hijinks. Leaping over very small fences is all part of a day’s work for this Shrubber. Though it must have been something rather valuable he’s chasing after because if there is one thing a Shrubber hates, aside from losing his hat, its fences. 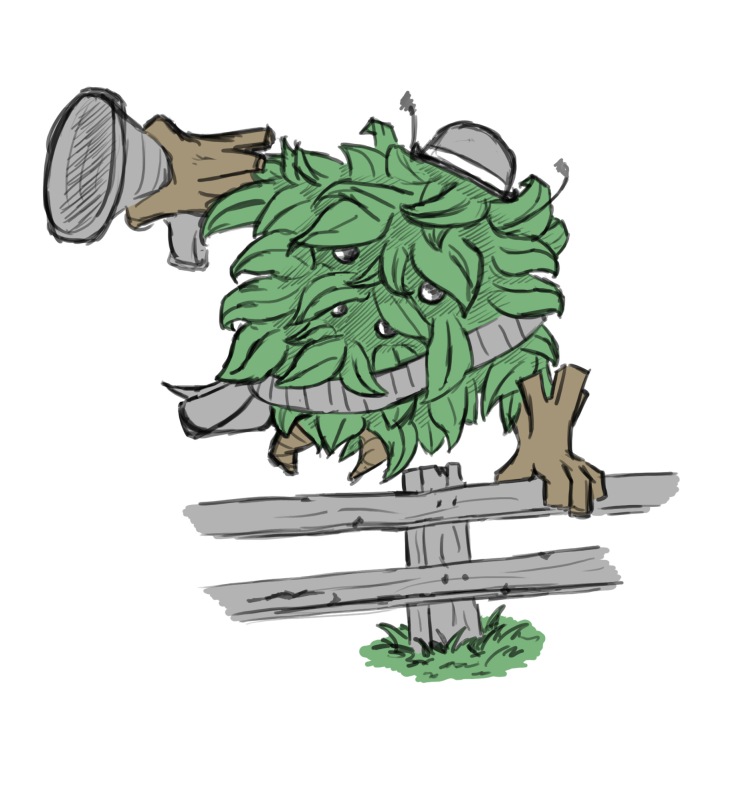