This week on the art dump we’ve got some cool weapon concepts and another one of my concepts for extra characters.

First up is a continuation of the concept work for One Horn’s weapon. If you remember last week’s Art Dump we only had 3 different variations, and through the week we ended up making 3 more versions till we were happy with it. Its interesting to see the development and how the major changes at the start turned into minor tweaks at the end. Now at the end of it we’ve got quite a chunky, solid and exaggerated looking flintlock musket.

Next up is the same thing but for the Two Horn’s weapon. This started out with Simon doing a mash up of several different sketches, pulling the best parts of all of them together. I then took that refined it and turned it into what you see below. The muskaxe is an interesting weapon because you need to be able to use the axe side of it as well as fire the musket. In the end I think we came up with a cool and exaggerated concept. Both of these concepts are now with Matt so he can incorporate them into the final character art. 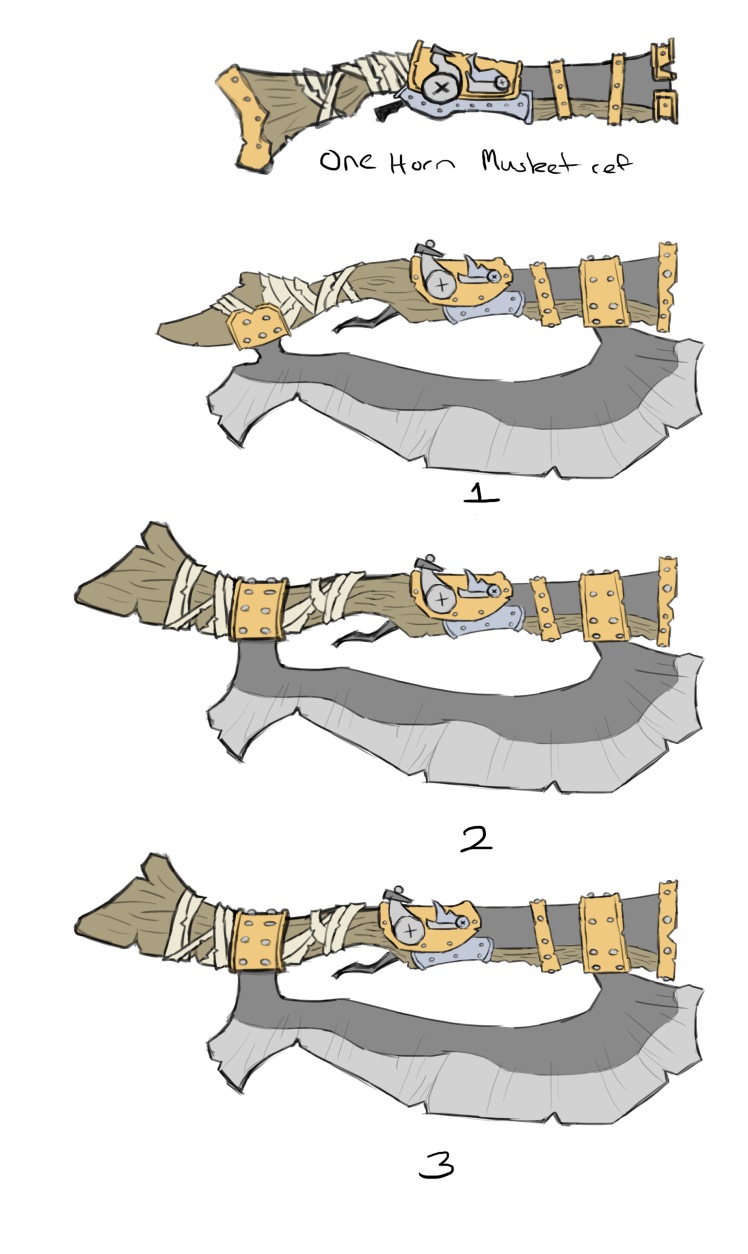 And lastly for this week is one of my concepts for an extra character in the game. This one I quite like though I have no idea how he would work in the world. I took the clichéd route and have dubbed him Blobby, because why not. If he was a model I imagine the gun would go in one side and stick out the other. Though you might have a hard time painting a model to look like a slightly see through blob. Go blobby go! 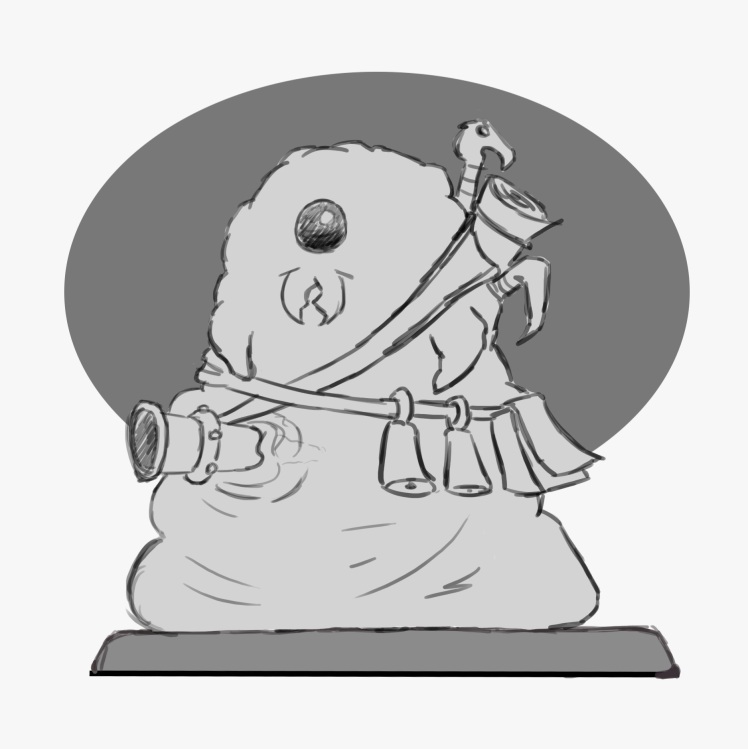