First up is the list of what we have achieved this week:

Good to almost be ready to print the Two Horn as it would be nice if that was done and dusted. The Ophidia model is an absolute blast to work on I have to say and all his equipment on his back is a hoot (trying to fit lots of little bits on there). Once we’re happy to lock down the pose we can start on the detailing process. 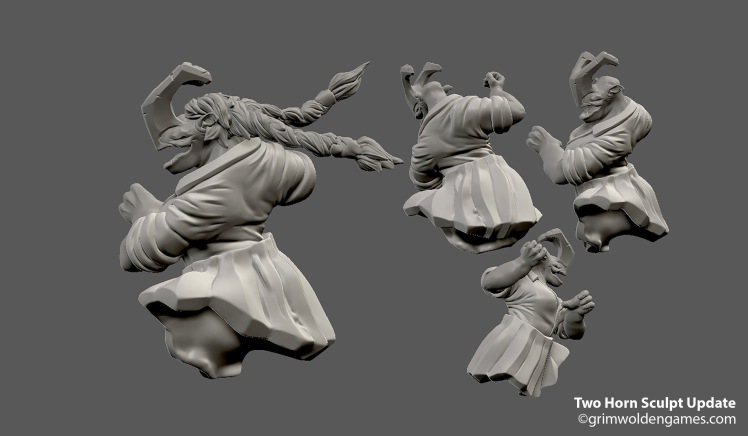 This week I saw something cool come up on kickstarter called Sine Tempore by Ludus Magnus, the same people that made Nova Aetas. As the description says it’s a a co-operative game rich in miniatures and materials, featuring personalised dice and three-dimensional game elements. The miniatures look awesome and I’d certainly be keen to give it a go.

Bringing our thoughts back to our game, our outstanding to do list for next week is:

A reasonably specific set of goals this week to help keep us on track as I really want to get the Ophidia model over the line sooner rather than later.