Hello dear readers we’re back with a slightly earlier dev post for today!

First up the Shrubber is progressing well and is on schedule for being completed by the end of this week (i.e by this weekend). As I thought trying to get all the rules typed up in the same week was a bit ambitious as I just haven’t had the time for that. Though I have downloaded the latest copy of the rulebook for tweaking so that’s something.

We’ve also taken another step towards locking down our measurement ruler tweaks, as I had printed out test rulers and stuck them onto cardboard to get a feel for them. Along with that I’ve fixed a slight mix up with an ability on one of the character cards. As you can see below they are all ready to go for our next play test (woo bring it on!). 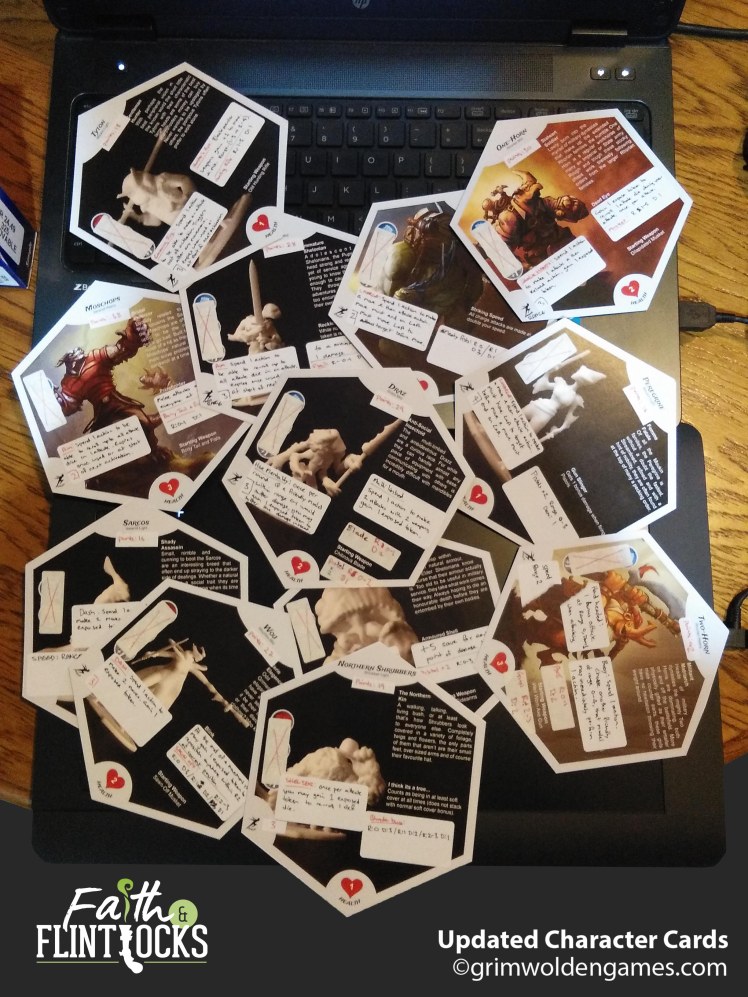 Simon has set up the bare bones of a database system for us to move towards. He’s also been following up some of the character art, so hopefully we can say they’re all done.

As for the coming week I will have the Shrubber finished it’s first revision and what we’re planning to do is to 3d print him at the correct scale to see how he looks and whether we need to re-work any areas. If all goes well I think there might some final polishing but otherwise he will be all but done. Given the sculpting should be done I’m going to have another crack at getting the rulebook updated with the latest rulings and tweaks we’ve been implementing. Once we have all that done it should be time for another play test!