It’s Thursday and time for our weekly dev blog. This week we’ve both been very busy pushing forward on several fronts and to top it all off we even managed a play test today!

So on our list of goals this week we:

The play testing went super well. We briefly had a small group going through the game with Simon explaining the ins and outs of our rules and a bit of the fluff and world. Though one of the stars of the play test was the models and especially the new One Horn who looks awesome on the table. After the playtesters had dispersed, we figured that since we were there and the table was already set up it would be a shame if Simon and I didn’t get a game. So we tried a 4v4 game with Simon picking a random crew with the Mime test gang gear while I tried out some tough as nails Isogoreans. It was a great game with the Mimes whizzing around the board and the Isogoreans taking a great deal of damage. 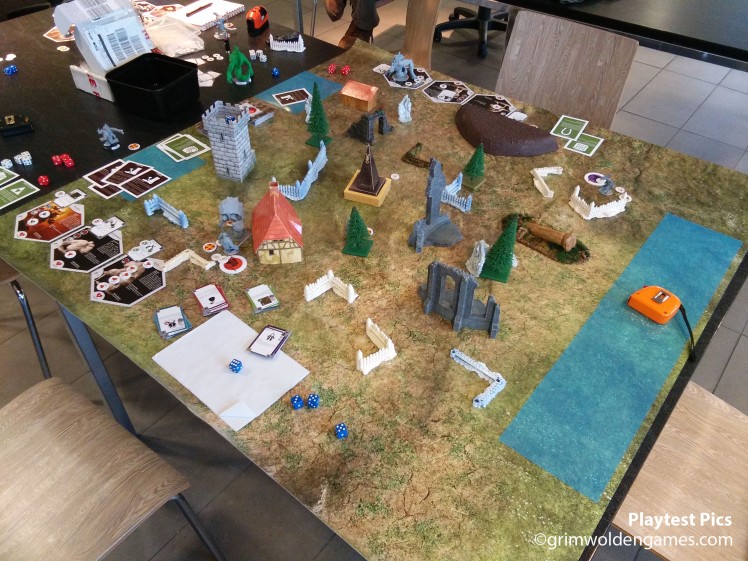 So while it make look like there aren’t any people in the above pictures, trust us there were actual people playing and having fun 😀 we’re just really bad at remembering to take pictures mid game.

But now on to our goals for the coming week:

So my plan to help push the Two Horn over the line is to make use of this coming Saturday to put in a lot of hours sculpting. I think the hardest thing will be the hair and making sure her pose is all aligned, but I think it’s all do able 🙂