Things have been trucking along nicely this week. Its Simon’s last week at work for the next 6 months, which means he’ll be freed up to put some time into Faith & Flintlocks again. Tony’s awesome art work of Gresbit looks great and is coming along well. I’ve penciled in a play test at a friends house in early December (so will need to tidy the play test kit up a bit).

And finally the Drazz has seen a huge push and is now almost done (Woooo!). The only thing to finish off (barring a review from Simon) is the staff. I managed to hit out the hood, the cape, the handkerchief around the hood and the blades on the staff. I’ve tried to keep the lines crisp and clean while also getting a nice flow on the material and creases which will look good with some paint on it. Really happy that this one will be done shortly and I can move on to the next model or some other aspect of the game to polish. 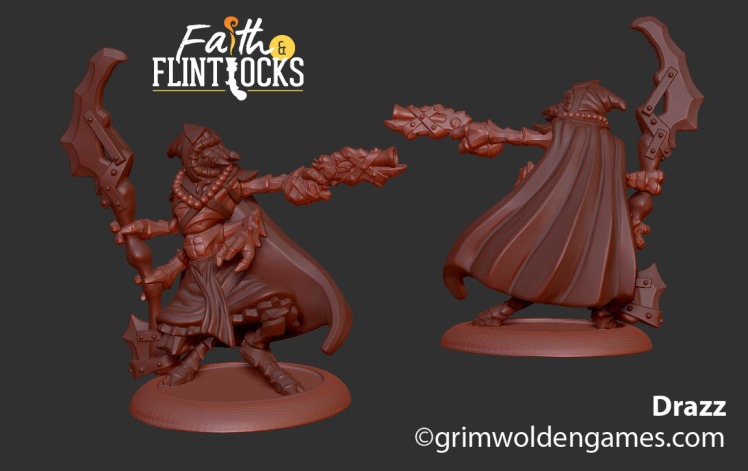 Next week I’ll be finishing the Drazz off, giving it a final check over to ensure it should be easy enough to print and cast. I’ll also be tidying the playtest kit. And if I can get Simon to it hopefully he’ll be reviewing the Drazz and maybe doing some 3d printing for us.

Until next week, take it easy 🙂